Pastor Tommy Bates has a unique calling and gift of God to bridge the gap of separation between “that which was” and “that which is” in the full-gospel movement. God uses him mightily to preach a contemporary message with the “old time” anointing. His ministry has no social, gender, racial, or generational barriers. All who come are blessed, and his ministry becomes “bread to the eater and seed to the sower.”

Pastor Tommy experienced salvation at 5 years old; he was baptized in the Holy Ghost at 6 years old. At a very young age, everyone recognized that this young man was destined for the call of God upon his life. Gifted in music, he began playing the guitar, mandolin, and banjo and became the piano player at his home church when he was 8 years old.

He received many powerful prophecies by the old sanctified saints in their little, poor, country church including “You will preach in many nations,” “Your voice will be heard around the world,” and “The anointing of David will be upon you, to cause my people to worship.”

During Pastor Tommy’s teenage years, he experienced a great struggle between God’s will and the resistance of Satan. In 1972 at 16 years old, Pastor Bates prayed a simple prayer that totally transformed his life. “Lord, other people say You want me and You want to use me, but I want to know what You want. Do You really want me?” Those were the last thoughts that Pastor Tommy remembers about that night. From that night forward, Pastor Bates says, “I caught on fire!”

Pastor Bates’ ministry began in the humble surroundings of a little country church and over the years has expanded worldwide.

He received many powerful prophecies by the old sanctified saints in their little, poor, country church including “You will preach in many nations,” “Your voice will be heard around the world,” and “The anointing of David will be upon you, to cause my people to worship.”

Listening closely to the direction of the Holy Spirit, Pastor Bates felt compelled to complete his bachelor’s and master’s degrees in education at Northern Kentucky University. From 1978 through 1981, he taught in the public school system in northern Kentucky. He prospered in his educational career, working with staff and faculty concerning social studies curriculum development at the elementary school level. He found favor with parents and students by offering numerous diagnostic approaches to teaching reading skills. At the same time, he served as assistant pastor in his home church and established and maintained a powerful ministry on demand to preach youth camps and rallies, revivals, and conventions. 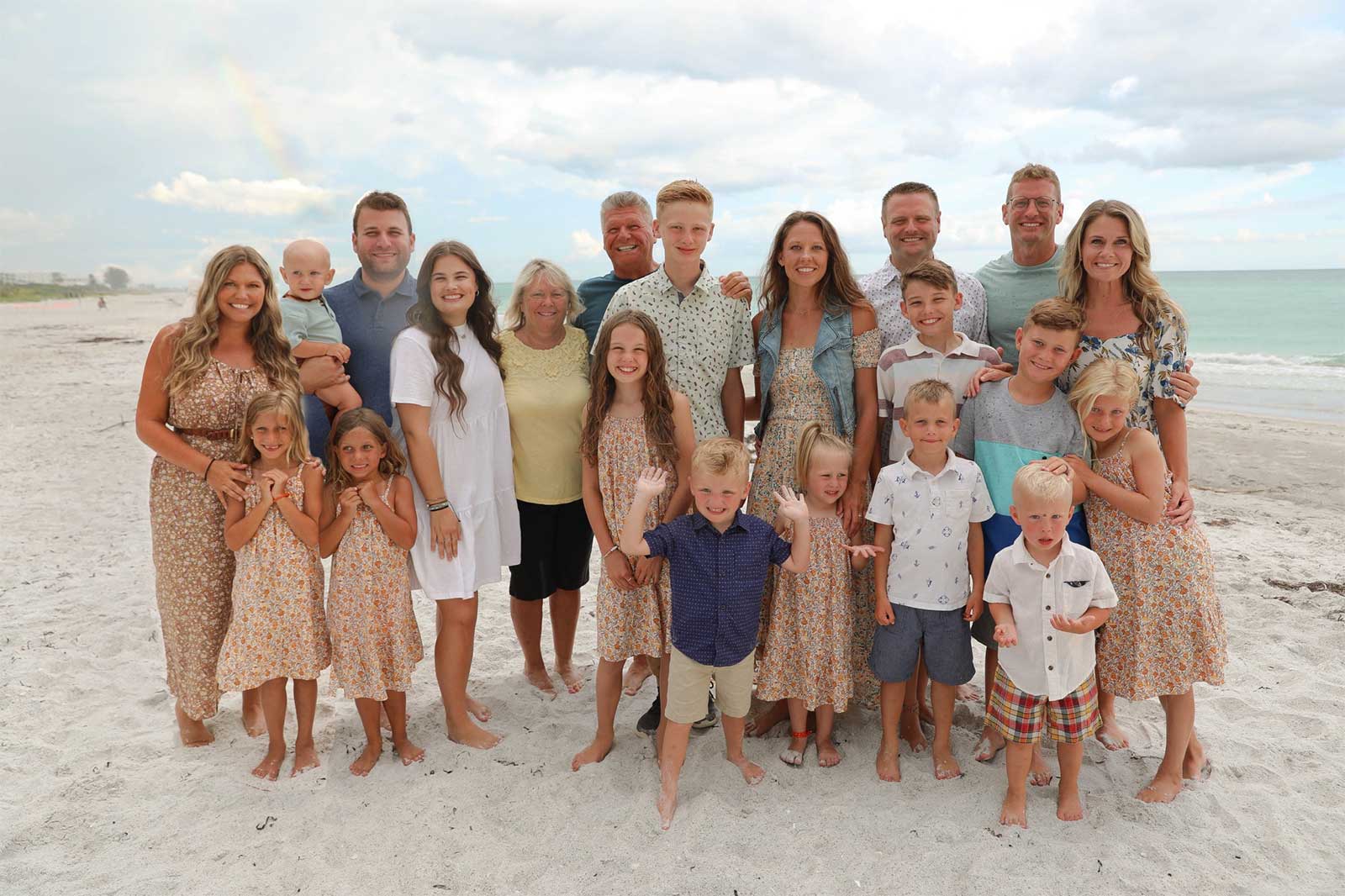 On December 14, 1979, Pastor Bates married Tara M. Blanton, a young lady from his home church. Sister Tara was also active in the ministry. She taught Sunday School, was a bus captain with her own bus in a bus ministry, sang in the choir, and traveled with ministry teams for revivals.

In 1986, a dream came true with their lovely daughter, Ashley Elizabeth Bates. Ashley graduated as valedictorian of her class at Community Christian Academy and graduated from NKU with a Bachelor of Arts in Communication. Ashley is a gifted vocalist and sings with her brothers at CFC and has four children: Emerson, Willow, Havana and Asher.  She’s married to Will Bernal-Ramirez.

“Big” Tom and Janice Bates are precious people, not only to Pastor Bates and his family, but also to the members and affiliates of Community Family Church. At over 80 years old, “Big” Tom still leads old-time hymns such as I’ll Be Satisfied and What a Friend We Have In Jesus. He’s not retired yet; he works at Southern Buff Company where he’s the owner and chief operator. Janice Bates is the mother of the church. Having had many years of experience in the full-gospel movement, ladies at CFC, both young and old, seek spiritual wisdom and direction from her.

Vickie (Bates) Farley she gave her heart and life to Jesus Christ in 1972. In that same year, she met her future husband, Lane Farley, who was a “preacher’s kid.” A year later they were married. For the next 11 years, they served and ministered in many different volunteer positions at Community (Pentecostal) Family Church. In 1984, God launched Lane and Vickie into full-time ministry. After pastoring several locations over the past several decades, Lane and Vickie serve once again at CFC. Vickie is a talented piano player and anointed singer. She has appeared on the Trinity Broadcasting Network and has ministered at conventions, seminars, ladies’ retreats and workshops. Lane is an anointed teacher/preacher of the gospel and is an associate pastor and leads the School of Ministry at CFC.

Pastor Bates’ baby sister, Brenda, was saved at the age of five and received the Holy Ghost at the age of six. She married Terry Taylor in 1988. They have two daughters, Brittney and Torrie.

Brenda and Terry worked together at CFC directing the choir and music for 10 years. They began working at World Harvest Church in Columbus, Ohio with Pastor Rod Parsley in 1998 and returned home in 2008. Terry serves as an associate pastor at CFC and Brenda works as an office manager as well as with the music department. Their two daughters, Brittney and Torrie, and son-in-law, Jay, are active in ministry.

On April 17, 1981, Pastor Tommy Bates became the Interim Pastor of his home church, Community Pentecostal Church, now Community Family Church. Then, on August 3, 1981, he was elected the Senior Pastor. Through the preaching of the Word with a powerful anointing, Pastor Bates has witnessed God take Community from its humble beginnings in a chicken house and barn to its present-day facility. The congregation has grown from its small beginnings of 80 to now thousands of people who call CFC their home church. With internet streaming of two services each week and numerous other special events, CFC’s ministries reach around the world.

To date, the church is debt-free with 113 acres of prime property in Independence, Kentucky, located about 18 miles south of Cincinnati, Ohio, and 14 miles from the Greater Cincinnati Airport. CFC’s current facility includes the sanctuary, the Educational Wing, the Family Life Center, gymnasium, the Ralph Byrley Center, and the Tara Center.

Pastor Bates has appeared as a frequent guest on TBN, Daystar, TCT, The Inspirational Network, The Christian Television Network, and many other Christian television and radio outlets. He currently hosts his own television program, “Bridging the Gap,” which is viewed around the world. He was a special guest for many years on “Up on Melody Mountain” with Betty Jean Robinson.

Pastor Bates presently conducts crusades, conferences, and revivals throughout the United States and the world, seeing multiplied thousands come to Christ. The gifts of the Spirit follow his ministry with visible signs of transformation and miraculous healings.